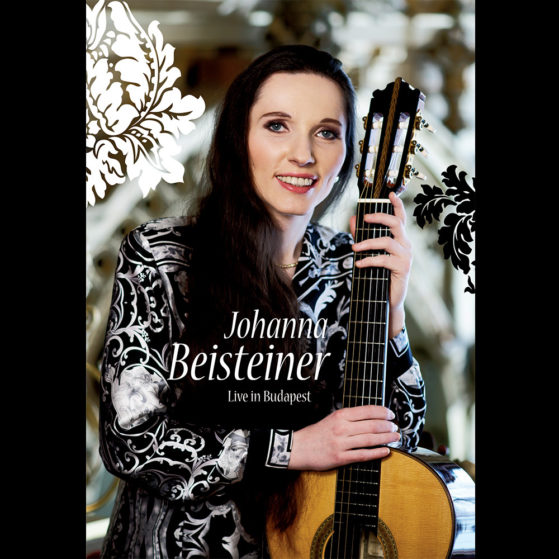 The Viennese concert guitarist Johanna Beisteiner gives on this DVD a detailed overview of her large repertory and versatile artistic projects. Besides famous works by Vivaldi, Schubert, Bach and Tárrega she also plays contemporary music. In the centre of attention stands the cooperation with the Hungarian composer Robert Gulya, whose Concerto for guitar and orchestra is infl uenced by the events of 09/11 and expresses the confl icts of culturally diverse peoples.

For the shooting of the video clip The Milonguero and the Muse Johanna Beisteiner has been working with the Argentine dancer and choreographer Rafael Ramirez. A Milonguero is a man, who tries to seduce women by dancing Tango. The clip is about a frustrated Milonguero searching for the woman of his dreams. When he catches sight of a guitarist, he thinks to have found his muse. But when dancing together, they fi nd out, that they do not fit to each other. This story is symbolic of the often sad reality in Tango: hope, expectation and disappointment.

Eduard Shafransky’s piece Refl ections on a painting by Caravaggio is based on the famous Lute player (1596). Until the 18th century the lute was a very popular instrument, but later the guitar gained increasing importance. That’s why the video is called Caravaggio today.

Johanna Beisteiner: Gulya – Concerto for Guitar and Orchestra: I. Allegretto